Mosquitoes are insects belonging to the Culicoides family of the order Diptera, containing over 3000 different species. The female is equipped with a buccal apparatus capable of pricking the skin of other animals to suck fluids (e.g. man’s blood) that is necessary to complete ripening of their eggs.

Keeping the socio-healthcare aspect of mosquito behavior under control is essential to prevent infections from spreading, since mosquitoes repeatedly prick individuals and can transmit even serious diseases through biological fluids (blood).

Prevention is therefore the first step to take: adequately protecting oneself to avoid mosquito bites, adopting simple rules of common sense when staying out in the open air during the evening or approaching humid, swampy places infested by these insects. Secondly, treatment after the insect bite should not be underestimated but carried out with the necessary precautions and using the right remedies.

Everyone knows what mosquitoes are, bothering us with their buzzing and painful bites. The name actually refers to over 3.000 species of diptera (including flies and horseflies as well), characterized by the presence of only two wings, while the other, club-shaped pair, have a sensory function only.

Mosquitoes belong to the genus of Culicoides and their life is closely intertwined with that of man, since most females feed on the blood of humans or domestic animals. When the female pricks man or another animals, it injects some of its saliva, so if it happens to be carrying parasites, these can infest the unfortunate “victim”. These insects have been the object of many studies, since they transmit a great number of diseases .

Mosquito eggs need water in order to develop; females lay their eggs in rivers and in stagnating water contained in recipients – for instance saucers, tree cavities, etc. Some species, such as Aedes, lay eggs on mud or damp ground; eggs belonging to these species resist to drying even for years, hatching when environmental conditions become favourable.

Mansonia mosquitoes lay their eggs on the underside of acquatic plant leaves. Eggs are lain in a raft-like structure and each aggregation can contain up to 400 eggs. After hatching, larvae disperse, feeding on fragments of organic substances; larvae breathe thanks to the presence of a thin tube allowing them to source oxygen present in the atmosphere. Larvae feed on organic debris, bacteria, protozoa, algae; subsequently, they transform into pupae and as such remain for 2 – 3 days. Finally, after about one week after hatching, they become adults, ready after 2 – 3 days to start a new lifecycle. Only females feed on warm-blooded animals, whereas males prefer nectar and plant sap. Males present long, frayed antennae, capturing vibrations coming from females. In Italy, mosquitoes belonging to Culex and Aedes genuses are very common.

Mosquitoes belonging to the Aedes genus have only recently reached Italy. Smaller than common mosquitoes, it is of Asiatic origin, characterized by being black with white stripes on their legs and abdomen. Known as the tiger mosquito, a very aggressive animal causing swelling and blisters when it bites: so far it hasn’t caused any particular diseases. The Culex genus is ubiquitous and many species are known as “house mosquitoes” since, similarly to the Aedes genus, they develop in recipients containing stagnating water, located close to houses. The animal can transmit viral encephalitis and, in tropical and subtropical climates, filariasis. During Summer in 1999, around Queens and New York they transmitted the so-called West Nile virus, which causes a serious form of encephalitis in man and domestic animals.

How to defend oneself from moquitoes?

The most widely used chemical substance worldwide to keep mosquitoes at a distance is diethyltoluamide (D.E.E.T.); present under false name in some insect repellant products for environments or explicitly mentioned in various lotions, sprays, sticks and body creams, D.E.E.T. is very effective in keeping mosquitoes away, as it is toxic for man. Dozens of studies and publications carried out worldwide prove that D.E.E.T. is poisonous for man, to the point that ingestion of liquid contained in a bottle (60% is sufficient) and based on this substance is lethal also for healthy adults: typical symptoms are convulsions, hallucinations and coma, occurring within an hour following ingestion.

Given that ingestion can only be accidental, what’s however particularly worrying are the potential consequences deriving from systematic topical use. A published study has proved that a child was born with facial deformities and mental retardation due to the fact that the mother used a D.E.E.T. based insect repellant during pregnancy.

Diethyltholuamide is therefore a substance to be used with caution and this is clear from the warnings that manufactures are obliged to mention in the labelling of their products: “do not drink or smoke during application, do not apply on newborn babies, use on children with caution, …”; among these warnings, one in particular catches the eye: “do not spray on varnished surfaces or plastic materials (this is all the more paradoxical, given that the product to be applied on the skin should be “gentle” and not corrode plastic!).

There are many products available on the market, in various forms for both environments and the body, based on natural essential oils (Citronella, Geranium, Basel, etc.), and devised so that their smell is particularly annoying for mosquitoes. They do not guarantee long-term protection as their efficacy is related to how persistent they are, but they are totally harmless for man.

For application on the skin, instead, pharmacies and herbal shops sell products based on Ledum palustre, a little known plant in Italy but that has a long tradition in countries where homeopathy is well-known; such products have proven to be effective and long lasting. Ledum palustre is a wild rosemary growing spontaneously in North-West European wetlands (which coincidentally happens to be the environment where mosquitoes are more likely to develop and has been used in homeopathy during the past 200 years for both internal and external use.

As everything deriving from homeopathic experience, its exact mechanism of action is unclear, yet efficacy is proven by experience. In the case of Ledum palustre, it seems that the mother tincture of this plant, absorbed by the skin, makes it less appealing to mosquitoes, creating a kind of “acid state”, which seems to be the reason why certain people whose skin naturally tends towards this condition do not attract mosquitoes, unlike those who generally do fall prey to these insects.

Products marketed in spray lotions without propellants or in specific creams for sensitive skins (newborn babies, children, elderly people, etc.), based on Ledum palustre, moreover contain natural geranium, citronella and basel essential oils due to action connected to the fragrance; the result is a mix of ingredients with an efficacy comparable to chemical products, free from side-effects and therefore absolutely harmless. In addition, Ledum palustre has proven to be effective in soothing discomfort resulting from mosquito bites and in roll-on form it is particularly indicated for topical application on the affected area without product wastage and most of all because rubbing is not necessary – as is the case of creams, definitely detrimental in case of mosquito bites. 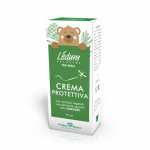 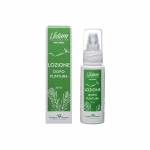 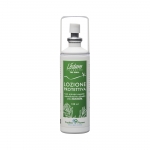 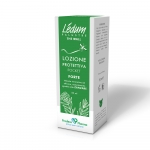 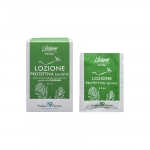